In 871, during Reconstruction, Natchez elected a black mayor,Robert Wood , and an integrated board of alderman. Natchez was the only Mississippi town to elect an African american mayor during Reconstruction. At the end of the Civil War, Wood worked as a printer in a local photographic business. Robert wood would later serve the city and county as both postmaster and sheriff. 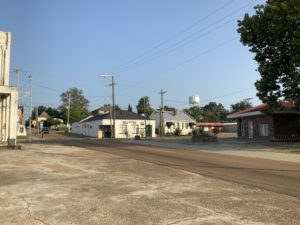