The Fred U. Hammett Family of Natchez, Mississippi:Information about Elizabeth (Jonas Eiler slave)

The Barlands – A Study in Black and White 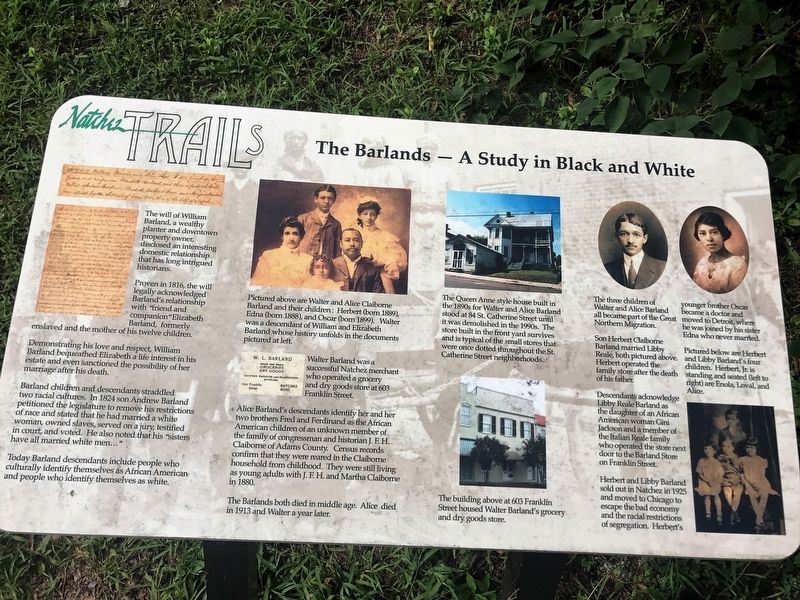 The will of William Barland, a wealthy planter and downtown property owner, disclosed an interesting domestic relationship that has long intrigued historians.

Proven in 1816, the will legally acknowledged Barland’s relationship with “friend and companion” Elizabeth enslaved and the mother of his twelve children.

Demonstrating his love and respect, William Barland bequeathed Elizabeth a life interest in his estate and even sanctioned the possibility of her marriage after his death.

Barland children and descendants straddled two racial cultures. In 1824 son Andrew Barland petitioned the legislature to remove his restrictions of race and stated that he had married a white woman, owned slaves, served on a jury, testified in court, and voted. He also noted that his sisters have all married white men…”

Pictured above are Walter and Alice Claiborne Barland and their children: Herbert (born 1889), Edna (born 1888), and Oscar (born 1899). Walter was a descendant of William and Elizabeth 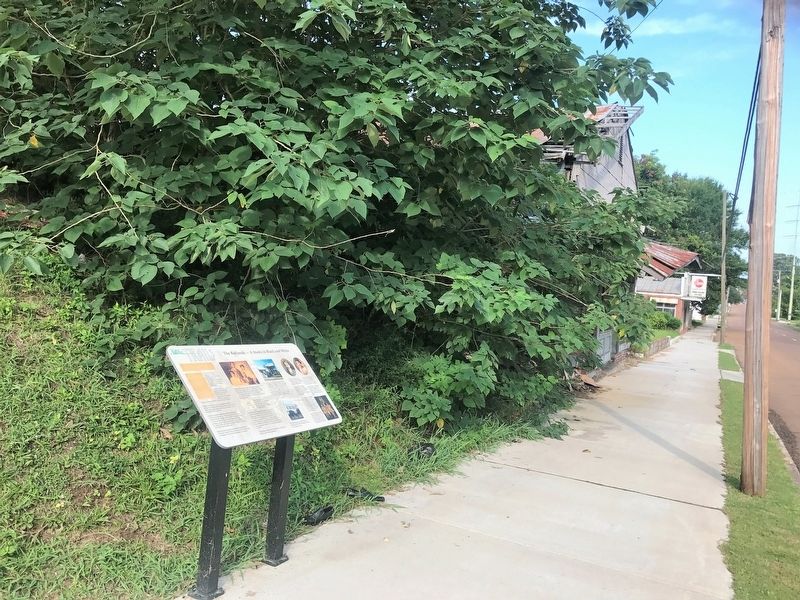 Barland whose history unfolds in the documents pictured at left.

Walter Barland was a successful Natchez merchant who operated a grocery and dry goods store at 603 Franklin Street.

Alice Barland’s descendants identify her and her two brothers Fred and Ferdinand as the African American children of an unknown member of the family of congressman and historian J. F. H. Claiborne of Adams County. Census records confirm that they were reared in the Claiborne household from childhood. They were still living as young adults with J. F. H. and Martha Claiborne in 1880.

The Barlands both died in middle age. Alice died in 1913 and Walter a year later.

The three children of Walter and Alice Barland all became part of the Great Northern Migration.

Son Herbert Claiborne Barland married Libby Reale, both pictured above. Herbert operated the family store after the death of his father.

a member of the Italian Reale family who operated the store next door to the Barland Store on Franklin Street.

Herbert and Libby Barland sold out in Natchez in 1925 and moved to Chicago to escape the bad economy and the racial restrictions of segregation. Herbert’s younger brother Oscar became a doctor and moved to Detroit, where he was joined by his sister Edna who never married.

We need your support